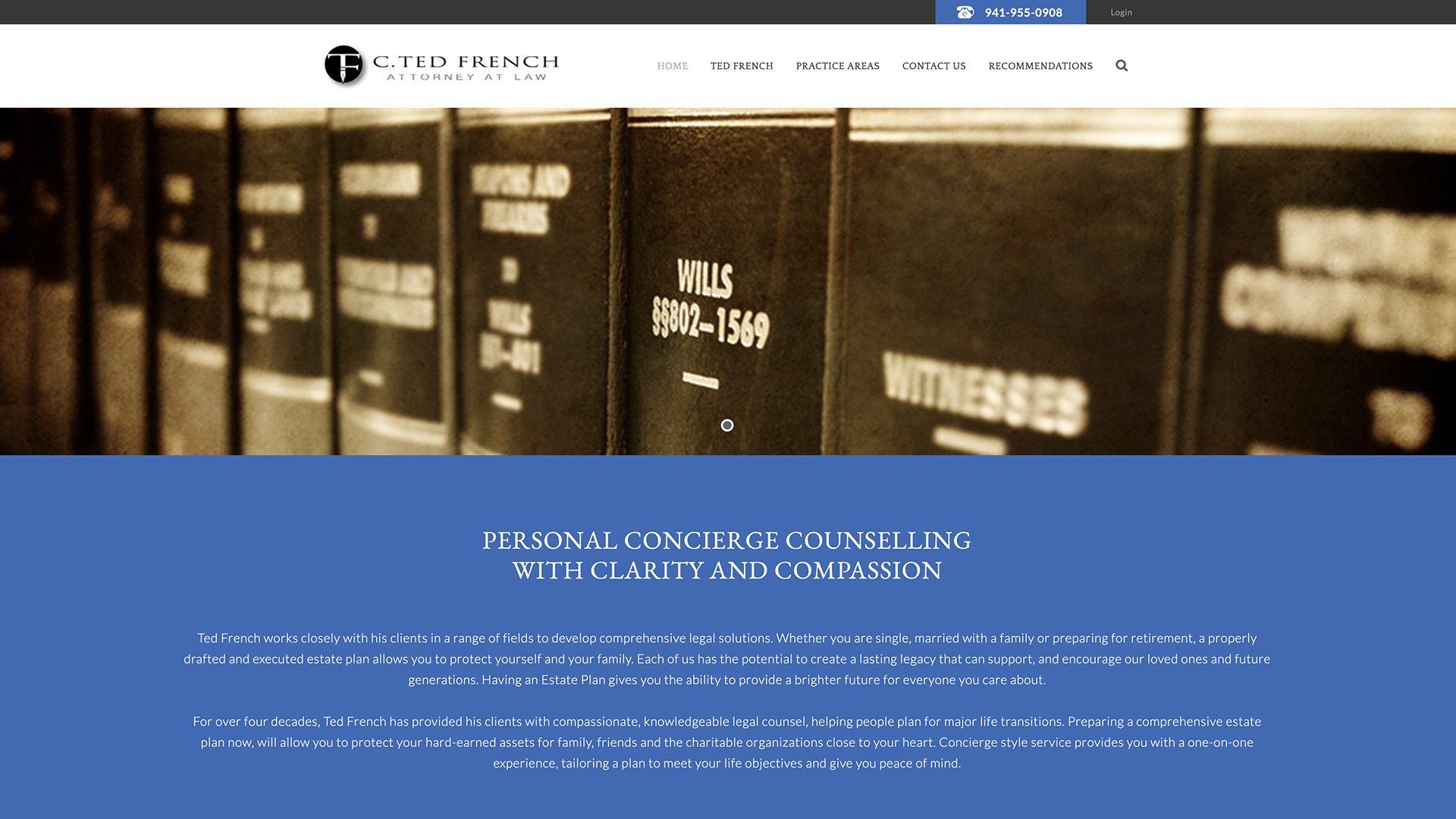 Ted French earned his law degree from the University of Florida in Gainesville, Florida in 1973. He became a certified Public Accountant in 1975. Ted French is a member of the Florida Bar. He has also previously held leadership positions in many Public Service Elected Offices – Sarasota Memorial Hospital Board, Whitfield Fire Department Board, American Cancer Society Board, Chairman State of Florida – An active member of the local community, Ted French is a past Lieutenant Governor of the Optimist Club and a member of the Children’s Garden Board, Sarasota 100 Club, Perry Lanning Foundation Board and Argus Foundation.